The State Library of New South Wales started two online after school programs during the pandemic; Art Club and Young Writer’s Club. Art Club is for children who want to learn about and create art. It encourages participants to engage with the art collection and create their own artwork in response. Young Writer’s Club helps children and young adults to develop writing skills through a series of creative writing exercises.

The Challenges of an Online After School Program

The digital nature of the after school programs added an additional layer of difficulty to creating an engaging program. The programs had to be made accessible so students could participate from anywhere. For the Art Club, that meant creating a program around common household stationary and recycled items.

Organisers also had to think of ways to show examples over video calls and how to create interaction between participants as well as between organisers and participants. Then there was the challenge of how participants could share the work they were creating and get feedback.

In Art Club, various art techniques were modelled in real-time and then broken down into step-by-step instructions using an over-desk document camera. Participants were then asked to try the techniques, using the Zoom Q&A feature to communicate with each other and the organisers. This allowed them to ask questions and receive feedback as they worked.

Art Club members would email pictures of their work to organisers after the session. Each of these would be followed up with positive feedback to encourage the participants. The work would be shared in a fortnightly PowerPoint so the participants could show off their work and see the work of their classmates. 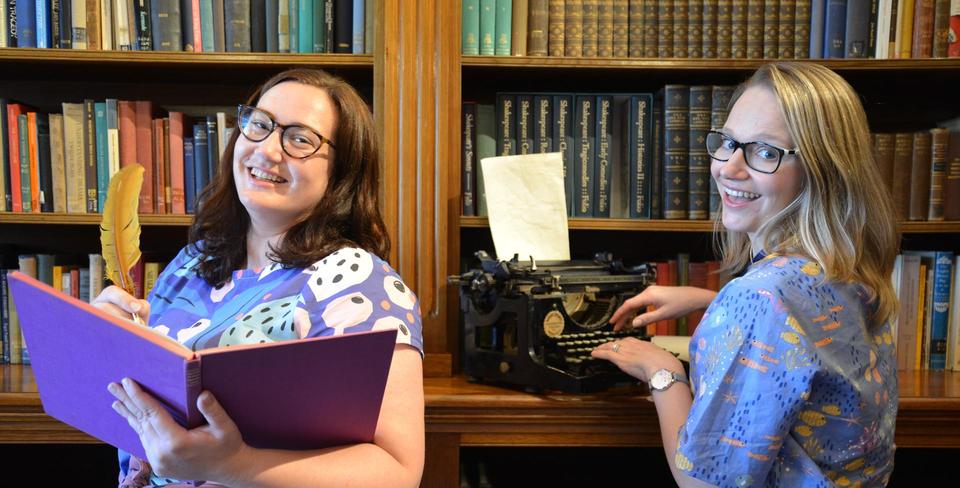 One of the key aims of Art Club and Young Writer’s Club was to encourage creativity and inspire children and young adults to pursue their passion. It was important to the organisers to create a stress-free zone. Their role was to empower the students to explore their creativity and see where it leads. Because of that, every piece of submitted work was replied to with positive feedback. The after school programs were a criticism-free zone, so the participants would not be discouraged.

The motto of the Young Writer’s Club is “there’s no wrong way to write.” Participants had a wide range of creative writing backgrounds. Some were new to writing, while others were working on novels. The Young Writer’s Club was there to help them to explore different genres and techniques by engaging with established work and writing exercises.

The children participating in the Young Writer’s Club have formed a tight-knit community that shares their ideas and supports each other. The State Library of New South Wales has seen many of the participants join other school holiday programs. This has given them the chance to meet other participants and the organisers in person.

Both after school programs have been a huge success, and the online medium, though necessitated by Covid-19, has benefited the library by increasing the reach of the clubs. The library is adding a third after school program, Book Lovers Club, following the success of Art Club and Young Writer’s Club.

About the author – Manuel Charr

Manuel Charr is a journalist working in the arts and cultural sectors. With a background in marketing, Manuel is drawn to arts organizations which are prepared to try inventive ways to reach new audiences.